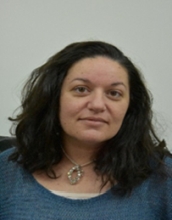 PhD of Theology with Specialization in Biblical Studies
Teaching Associate

Profile
Dr. Amalia Neocleous is a Doctor of Theology with specialization in Bible Studies. In collaboration with the Theological School of Cyprus Church, she teaches undergraduate Theology. During the years 2009-today she teaches in Secondary Education the course of Religious whenever she is needed. She is a member of the Society of Prenatal Education of Cyprus and has been a member of the Pancyprian Union of Greek Theologians. During the years of 2000-2009 she participated in various research programs in Athens. Her research work continued in Cyprus with the publication of an article in the Apostle Barnabas Magazine entitled “Fear of God”.

2006 Master in Biblical Studies, National and Kapodistrian University of Athens

Research Programmes:
«Reinforcement of UOA» (2004, 2008, CC vertical action: 70/3/6920), This program was co-funded by the European Union and the Greek State in the framework of EPEAEK. The UOA had the overall responsibility of this project and had designated competent scientific officers per Department. Among my obligations (which are described in detail in employment contracts, which are duly archived in the HKSA) were auxiliary digitization. Total working time: 9 months.

“Gender Equality Issues” (2005, CA 70/3/6945), the scientific activity was related to issues of gender studies and their relation to the fields of knowledge of the participating Departments of EKPA. It was under the auspices of EKPA. and was part of EPEAEK. The Scientific Managers were designated by the NTUA. The relevant employment contract is kept in the HCMR archives. Total working time: 1 month.